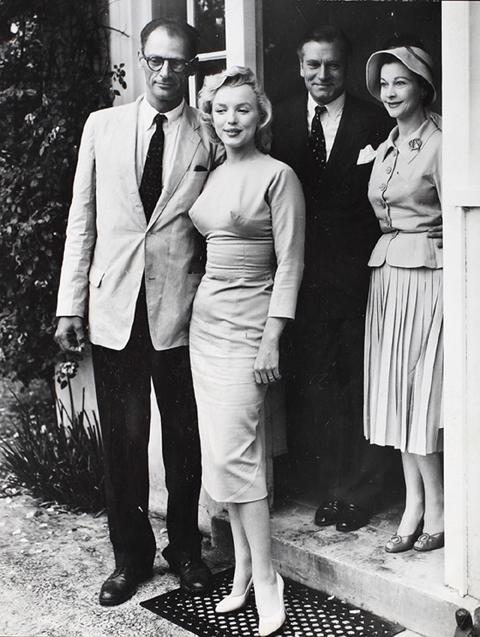 Colin Clark seems to be the only person who benefited from the awful movie The Prince and the Showgirl (1957, Laurence Olivier) getting two factually dubious memoirs ‘The Prince, the Showgirl, and Me’ and ‘My Week with Marilyn’ out of the whole farrago. There might well be an interesting story behind this culture clash between two American icons and the British theatrical establishment but Colin Clark has bugger all to do with it. Norman Mailer thought it was comic, the British fancy folk with their curious rituals against two Americans who were self-made and despite their success both painfully shy and out of place.

For the Millers are tied in class knots. English accents, Olivier’s in particular, have to certainly remind them that she is a girl from a semi-slum street and he is a boy from Brooklyn.