As an aimless and rather hopeless thirty-something I found watching Young Adult to be more painful than trying to sit through a Michael Haneke movie. Mavis (Charlize Theron), a narcissistic writer of teen fiction returns to her small hometown in a spectacularly misjudged attempt to persuade her high-school sweetheart to leave his wife and new baby. Normally in a film like this the protagonist would learn a few life lessons from those she encounters but Diablo Cody’s excruciatingly funny screenplay leaves Mavis only marginally more self-aware than she was at the beginning. Great support too from Patton Oswalt as a sweet-natured barfly.
19) Prometheus (Ridley Scott) 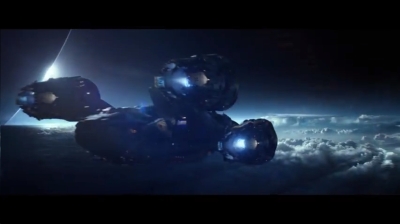 So yes Prometheus is not perfect and yes there are some silly moments most notably Rafe Spall coochy-cooing an alien life form despite his character being a scientist and therefore presumably a rationalist and not the kind of fucking idiot who tries to pet a space snake without studying it first. Yet Scott’s visionary approach to science fiction and his refusal to simply rehash the claustrophobic feel of Alien (1979) and instead return to key themes from his masterpiece Blade Runner (82), the search for answers from an uncaring creator and the certainty of death no matter how much we struggle against it. And at the film’s center is an android who watches every movie ever made and decides quite rightly he wants to be Peter O’ Toole playing T.E. Lawrence.
18) Boxing Day (Bernard Rose)

Bernard Rose’s fourth Tolstoy adaptation turns ‘Master and Man’ into a road movie as a businessman and his chauffeur travel through a wintry Colorado looking at foreclosed properties.  Rose clearly learnt a lot from making Anna Karenina (97), namely cast Danny Huston as the lead instead of a supporting player and avoid the traditional heritage cinema approach. Rose used the same lo-fi digital aesthetic to make the modernised  Ivans XTC (99) and The Kreutzer Sonata (2008) and takes a similar approach here yet in all of these films Tolstoy’s themes of man in existential crisis and social divisions are entirely relevant.
17) Seven Psychopaths (Martin McDonagh) 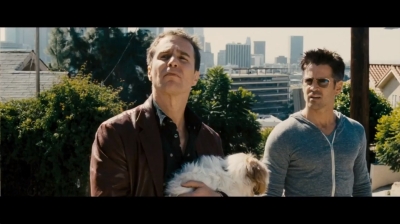 Martin McDonagh’s movie was sold as a knockabout comedy about guys waving guns and swearing a lot. Really it’s about the power of passive resistance and the inevitability of death. Surprisingly thoughtful and moving if not particularly funny. Full review here.
16) Rust and Bone

Never cared much for Jacques Audiard’s earlier work but this atypical move into poetic realism is sublime. Rust and Bone is as manipulative as any Hollywood movie. I actually wish Audiard embraced the genre aspects of his film a bit more because oddly enough the filmmaker this brought to mind for me was John G. Avildsen (Rocky, The Karate Kid). Full review here.
15) Anna Karenina (Joe Wright)

I suspect the formally daring approach by Wright and screenwriter Tom Stoppard to set Anna Karenina almost entirely within a theatre has more to do with budgetary concerns than employing Brechtian Techniques or making an artistic statement.  Yet so beautiful is the set design by Sarah Greenwood and Katie Spencer this artifice is barely noticeable. This Anna Karenina works far better than the Bernard Rose 97 version in which the authentic locations seemed far more of a distraction. There’s an odd campy tone to the opening proceedings which comes a little too close to Baz Luhrmann territory but settles down when Anna falls for Vronsky. Some found it cold but it retains Tolstoy’s sympathy for all concerned. Seeing an older balding Jude Law playing the cuckolded husband when fifteen years ago he would have been cast as the virile young lover is rather touching.

Fair play to Johnny Depp for reprising his role from the original 80’s TV show for the best cameo of the year. Writers Michael Bacall and Jonah Hill’s screenplay sends up everything from the original show’s premise, to Hollywood’s lack of creativity in asking for this film in the first place. Tatum is a revelation. Using producer Stephen J. Cannell’s famous signature logo during the film’s credits was a nice tribute to one of TV’s finest.
13) Killing Them Softly (Andrew Dominik)

Dominik hammers home his political message but Killing Them Softly remains a spare and elegant thriller. As with his earlier films it deals with an overtly male environment, of macho posturing and casual often horrifically intimate violence. Brad Pitt’s efficient hitman cleans up after a card game is knocked over by a couple of inept thieves (Scoot McNairy and Ben Mendelsohn, both outstanding). The hard-boiled dialogue crackles and the scenes between Pitt and middle-management gangster Richard Jenkins are particularly good, leading to a memorable verbal showdown in a bar.
12) The Moth Diaries (Mary Harron)

Ambigious vampire-themed tale set in an all-girls Boarding school in which Lily Cole is the ethereal new arrival whose presence throws troubled teen (Sarah Bolger) into crisis. Its bloodlessness turned many critics off but this is an intelligent riff on the vampire story with a nod to Sheridan Le Fanu’s ‘Carmilla’ and a genuinely haunting performance from Cole. No UK release but worth importing on DVD.

Most modern romantic comedies are neither romantic or funny but seem to have been manufactured at the same factory production line then afterwards studios give Gerard Butler a call. How great to have a rom-com is smart and funny with characters you care about and nobody in the film is played by a Celtic fan from Paisley. Like David O’ Russell’s last film The Fighter (2010) all the genre rules are present but its the family dynamics, the personality flaws, and the offbeat humour which make Silver Linings Playbook special.

Formerly Fading, But Not Forgotten 🌸 Zoe Krainik Blogs about Old Hollywood and Genealogy