Since 2011 I’ve been writing introductory notes for screenings of classic & contemporary films at The Station Restaurant in Aberdeenshire. The idea is dinner & a movie.  A three course meal is served before the feature with the food chosen to match the film being shown when possible. Film Mobile Scotland, a company dedicated to bringing the cinema experience to rural areas, provide the films while the restaurant area has been fitted with a cinema screen and surround sound. So far they’ve shown over fifty movies ranging from silent era films, classics from the Golden Age of Hollywood, to more recent fare. Here’s a list of every screening so far. I may also add my accompanying notes for certain films.

What we did on our Holiday (2014, Andy Hamilton, Guy Jenkin)

Sad to report The Station Restaurant was destroyed in a fire last week along with several other businesses located in the the Old Railway Station at Ballater. It was a wonderful environment to show movies in and the experience of being able to enjoy a three course meal beforehand was unique. The Station also hosted music evenings and was a popular destination for tourists and locals alike. It’s absence will be felt in this small rural community. 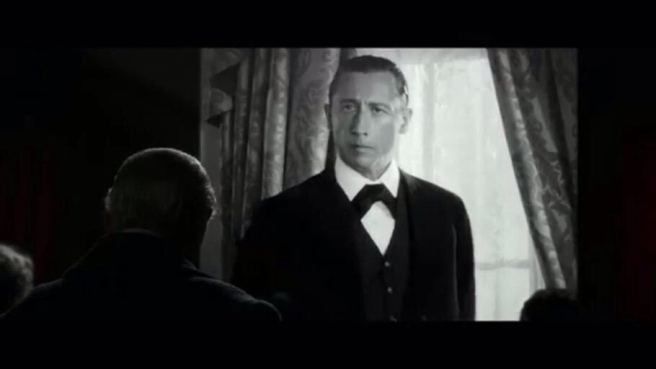 The return of Young Sherlock Holmes. Always hoped somebody would let Nichola Rowe play Sherlock Holmes again. So it’s lovely to see Bill Condon has given him a cameo in ‘Mr Holmes’ as the actor playing Holmes in a movie the real Sherlock (Ian McKellen) watches at the cinema.